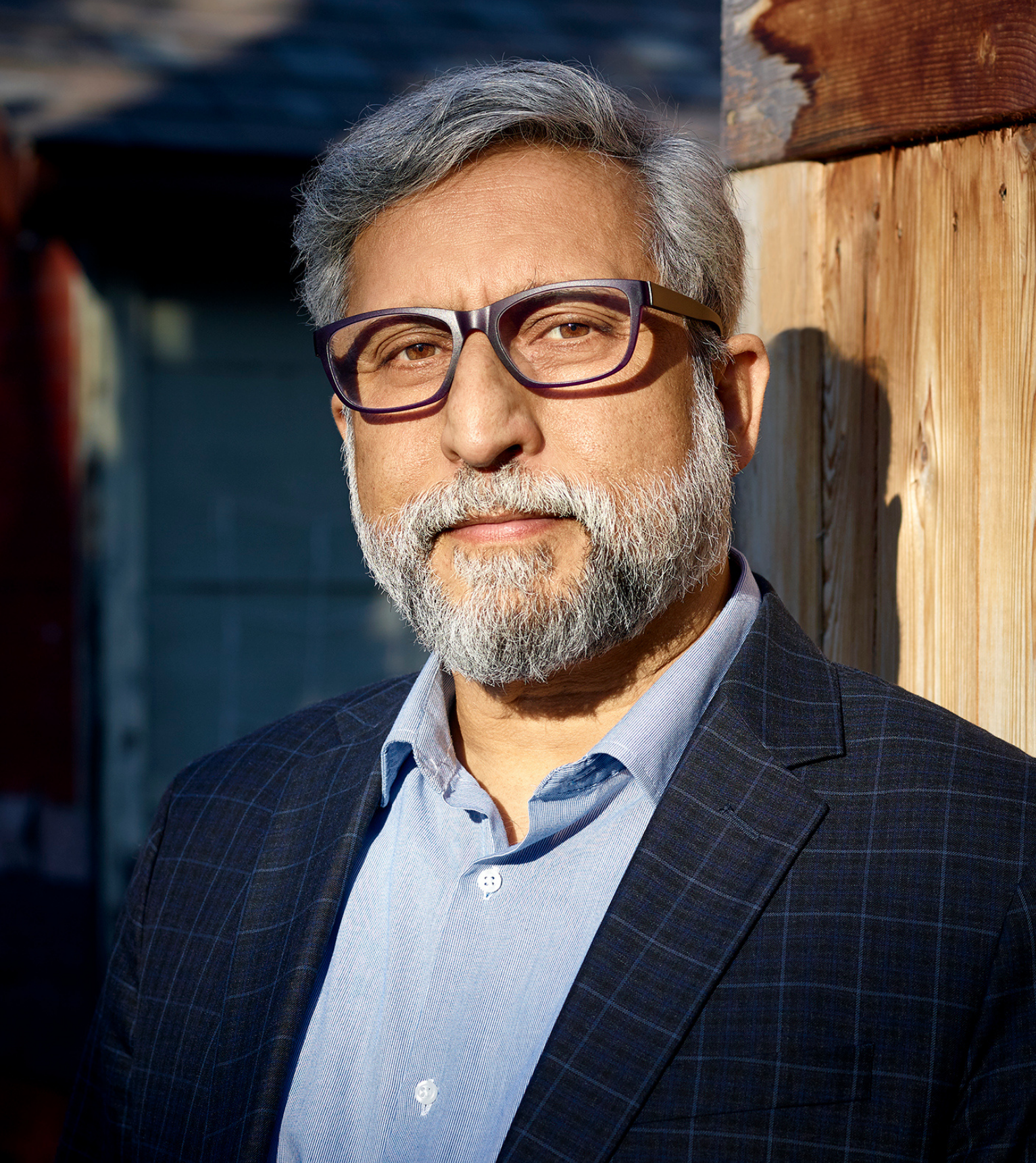 In 2019, Ali Kazimi became the first Indo-Canadian to be honoured with the Governor General’s Award for Lifetime Achievement in Visual and Media Arts for over three decade of groundbreaking work as a documentary and media artist whose work deals with race, social justice, migration, history and memory. His film Continuous Journey (2004), alongside his book, Undesirables: White Canada and the Komagata Maru (2011), have played a key role in shedding light on the forgotten histories of early South Asian immigration to Canada.

Born, raised, and educated in India, Kazimi came to Canada to study film production at York University in 1983. Two decades later, after establishing himself as an award-winning independent filmmaker, Kazimi returned to York University. He is currently Associate Professor in the Department of Cinema & Media Arts, where he has also served as the Chair of the Department. Kazimi’s films have received over two dozen national and international honours and awards, been screened in prestigious festivals and broadcast nationally and internationally. His feature films include Narmada; A Valley Rises (1994), Shooting Indians: A Journey with Jeffrey Thomas (1997). Continuous Journey (2004) and Random Acts of Legacy (2016). 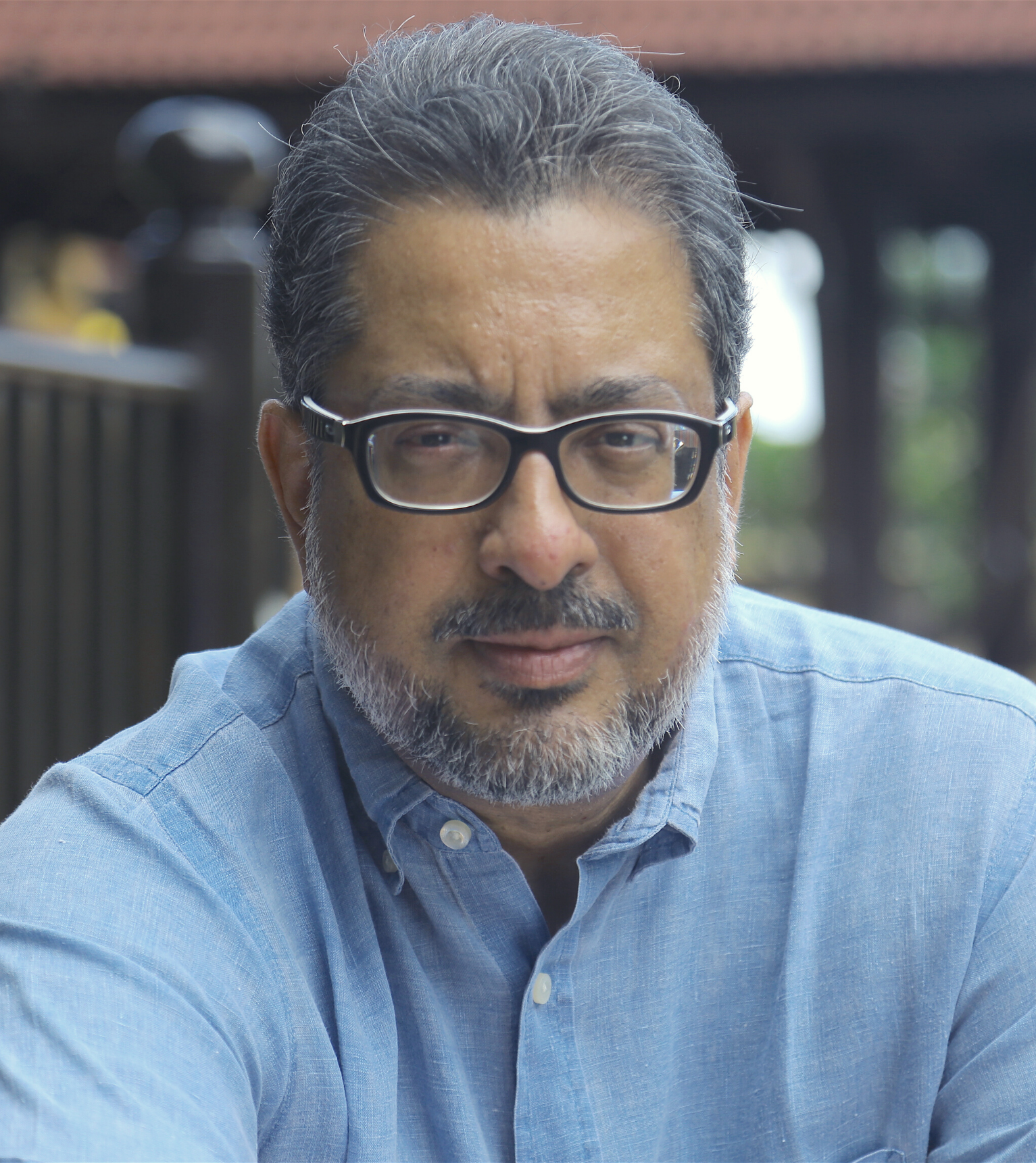 Anup Singh is an internationally renowned writer, film director and teacher of cinema whose feature “Qissa – The Tale of a Lonely Ghost” (2013) premiered at TIFF, where it won the award for “Best Asian Film” (NETPAC). One of the most critically acclaimed films of our times, it has won 15 international awards to date. His next masterpiece, “The Song of Scorpions” (2017), starring Irrfan Khan and Golshifteh Farahani had its world premiere at Locarno Film Festival in front of 8000 people on the world’s largest film screen. The film has won numerous accolades worldwide. His first feature, “The Name of a River” (2001) was awarded the Aravindan Award for best debut filmmaker in India. Currently he is working on his next feature film “Lasya – The Gentle Dance”, an Indo-Swiss co-production which is being shot in the summer of 2021.

Anup Singh was born in Dar-Es-Salaam, Tanzania, East Africa. He studied Literature and Philosophy at Bombay University and Film at the Film & TV Institute of India, from which he graduated in direction in 1986. He now lives & works in Geneva, Switzerland. Anup Singh has taught and lectured on cinema at numerous universities and film schools in the UK, India and Switzerland. He has also written and directed numerous TV projects and consulted for BBC. 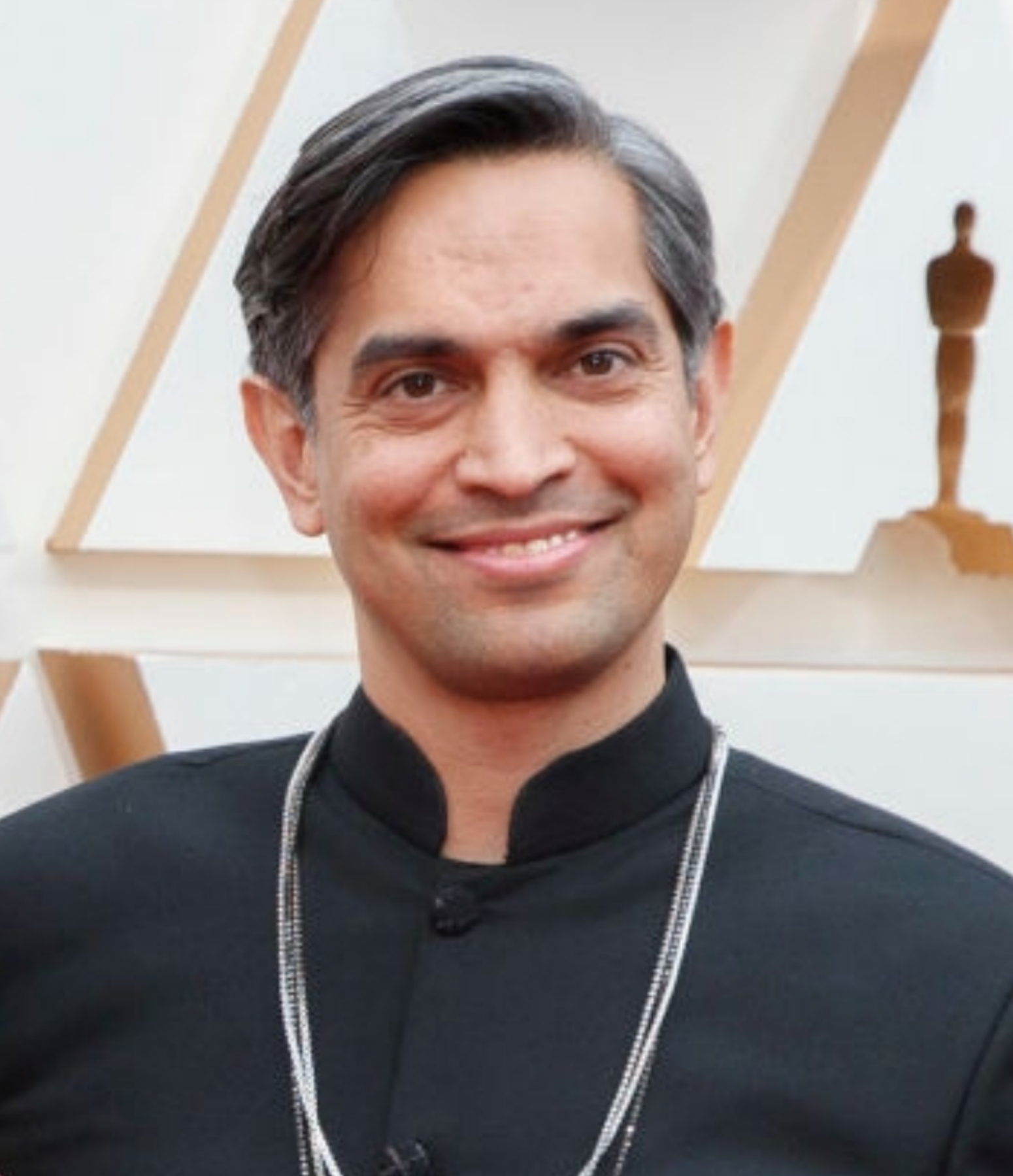 Sami Khan is an Oscar-nominated filmmaker whose work has been supported by the Sundance and Tribeca Film Institutes, Rooftop Films, IFP, the Berlinale, and the NBC/Universal’s Directors Fellowship. His films have screened at leading festivals including Tribeca, Toronto, Hot Docs, and Mumbai. Sami’s feature documentary THE LAST OUT (with Michael Gassert) won a Special Jury Prize at the 2020 Tribeca Film Festival and the Audience Award at the 2020 Hot Springs Documentary Festival. The verite doc tells the harrowing tale of three Cuban baseball players and their dangerous journeys to the United States. The Hollywood Reporter called THE LAST OUT “a powerful true story of athletics and exile.” His 2019 short documentary ST. LOUIS SUPERMAN (with Smriti Mundhra) about the inspiring story of Bruce Franks Jr., a Ferguson activist turned state legislator, was nominated for an Academy Award and won prizes at Tribeca, Hot Docs, Big Sky, Traverse City, AFI Docs, and Indy Shorts. KHOYA, Sami’s fiction feature debut was selected for the Tribeca Film Institute’s All Access fellowship and was released in 2016. The film was co-produced by the filmmakers behind Cannes prize-winner THE LUNCHBOX and received financial backing from Spike Lee. The Globe & Mail called KHOYA “an often startling work of compact storytelling.” Sami’s narrative shorts 75 EL CAMINO and THE WORKOUT both premiered at the Toronto International Film Festival. He is also a writer and consulting producer on the show TRANSPLANT, for NBC and CTV, about a Syrian refugee doctor living in Toronto. 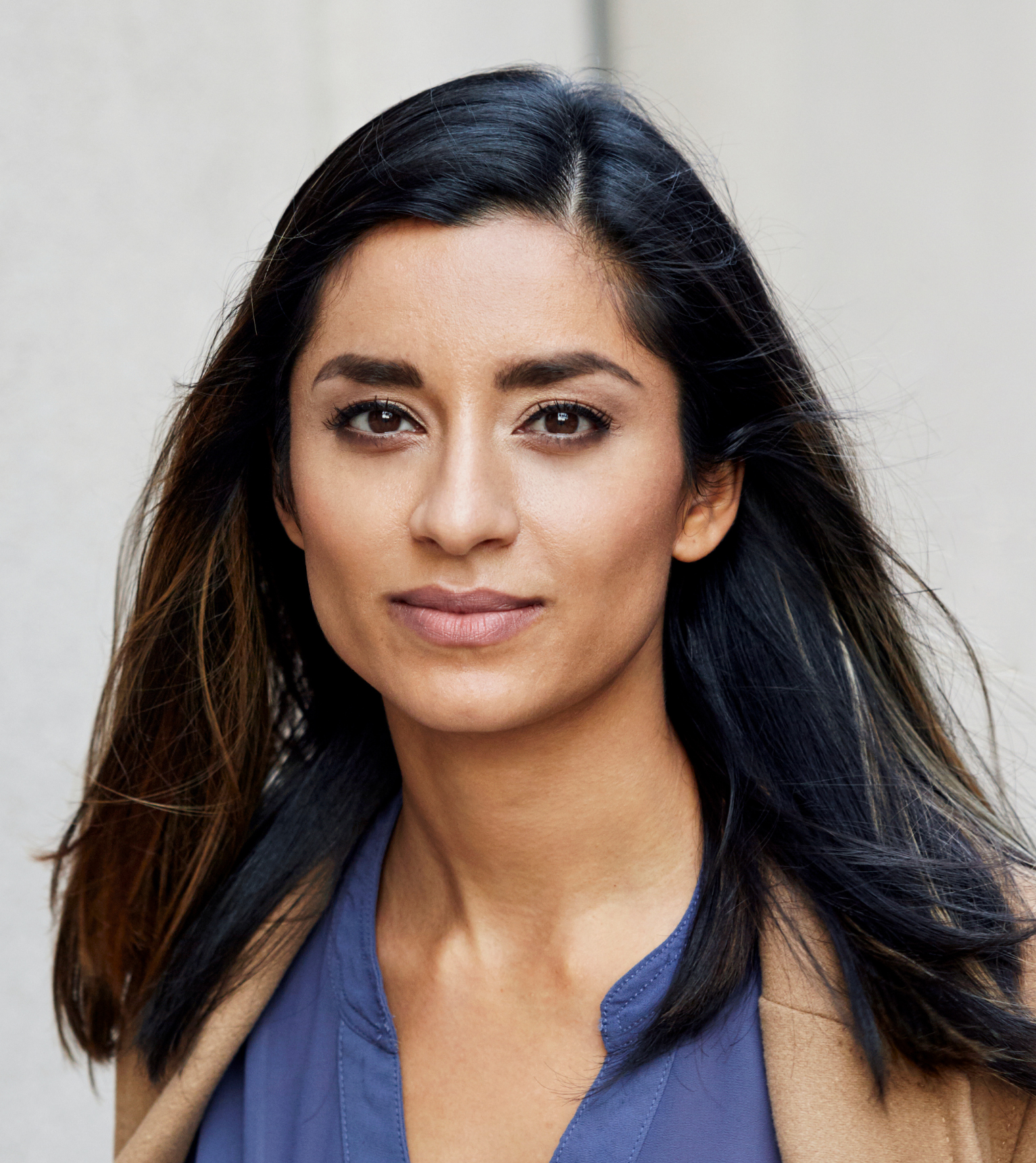 Supinder Wraich was born in India, raised in Toronto and is currently living in Los Angeles. She has appeared in numerous film & television productions including: Amazon’s The Expanse, FX’s The Strain, ABC’s The Good Doctor, Global’s Private Eyes, CBC’s Crawford and the Comedy Network’s The Beaverton. As the lead of the CTV Emmy Award winning series Guidestones, Supinder earned a Canadian Screen Award (15) for her performance.

A recent participant in Women in Film’s Mentorship program (20), Supinder is currently under the guidance of mentors from Disney Channel & Media Res Studios. She is also taking part in the Netflix/ BANFF Diversity of Voices Initiative (20) and the Canadian Consulate’s Creator Accelerator program. Currently, Supinder is in development with CBC on the 2nd season of the digital series: The 410, which she created and stars in. The first season of The 410, produced with the support of Telefilm and CBC received three Canadian Screen Awards nominations in 2020, including Best Digital Series, Best Writing and Best Lead Performance. Recently, Supinder has wrapped shooting ‘Sort Of’ a ground-breaking new dramatic series from HBO Max & CBC and two other series for Syfy and Global. A graduate of the Canadian Film Centre’s Actor’s Conservatory, Supinder holds a BA in Communications from Ottawa University and is also a Sheridan College, Advanced Film Television program alumni.

Rup officially began his acting career in the 2011 Canadian comedy “Breakaway” (Russel Peters, Rob Lowe) where he played the role of Jassi Singh, one of the principle characters in the film. In his next major film, Rup played the role of Lucky Singh in Deepa Mehta’s “Beeba Boys”. In 2015, he played the lead role as a French speaking Sikh in the short-film, “Bonjour Ji” which won 7 “Best Short-film” awards and Rup received high acclaim for his acting. Rup starred in “The Black Prince” (Jason Fleming, Amanda Root, Shabana Azmi) which is a biopic drama set in the 1800s and is about the life struggles of Punjab’s last King, Duleep Singh. Rup plays the 2nd lead role in the film as the King’s right-hand man, Arur Singh. His latest and most current role is Amandeep Singh, a hardworking yet fun-loving new immigrant to Canada in the CBC GEM mockumentary DECOYS. The first season has received high regards from the Canadian press. Foraying into film business, Rup is currently in pre-production for his first Canadian feature film as a writer & producer.

Rup founded JoSH in 1996 with his friend Qurram Hussain. They have sold over 4 Million albums worldwide. Among Rup’s accomplishments as a member of JoSH include becoming the first Canadian Sikh to win both MTV India and MTV Pakistan awards.